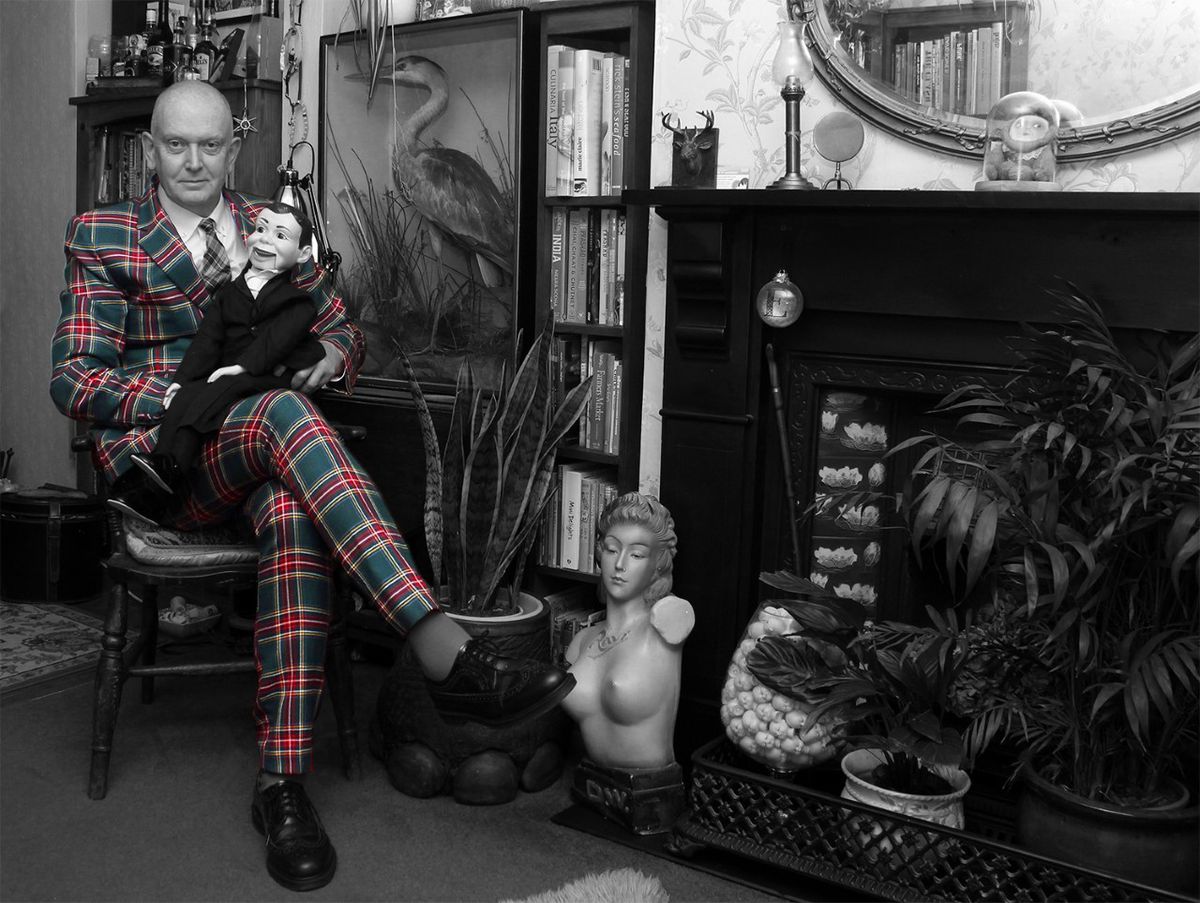 The BBC has also selected Kevin Knowles, whose day job is to manage the council’s website, to feature in a special BBC Two TV programme hosted by Midlands comedian Joe Lycett.

It was a case of third time lucky for Kevin, 61, who lives in Stirchley, Birmingham, having entered what is the largest open art exhibition in the world twice before.

This year, his piece called ‘I used to love you’ consists of a 2 x 1.5-metre wooden frame filled with vintage dolls of all ages and styles that certainly catch the eye.

Not just complete dolls either, with dismembered arms, legs and heads featuring throughout the piece.

The faces look out at you, some smiling, some with blank expressions and some with quite eerie grins.

The piece is topped off by a bright, gaudy pink neon sign reading: “I used to love you”.

During the show, comedian Joe Lycett professed: “At first when I saw it I was like ‘that’s the maddest thing I have seen in my life’ and the more I looked at it the more I fell in love with it.

“He (Kevin) is absolutely crackers in the best possible way, I think I am in love with Kev.”

Explaining the meaning of the work, Kevin said: “I have a fascination for curiosities and have a house full of Victorian taxidermy, a ventriloquist’s dummy and anatomical models.

“Looking to add to my collection, I found a set of three German bisque dolls heads from the early 1900s.

“Thinking of how these would have at one time been loved and cherished by a young child, it struck me how there were so many that had simply been discarded. I began to collect them of every shape and size and settled on the idea of displaying them as one vast collection.

“I began to think more deeply, and quickly realised that they also symbolised how love itself can be so easily discarded and dismissed. Something or someone that was at one time such a prized possession can then simply be tossed away without a second thought.”

After entering this year’s exhibition, Kevin was stunned to receive an email from the Royal Academy saying his piece had been shortlisted down from 15,000 entries to 1,400.

A second email said that the BBC were interested in the work and might be in touch about featuring it in a TV programme.

Thinking this was probably just a hoax, Kevin was again shocked to receive a call from the BBC asking for an interview and to arrange for a director and cameraman to film him at home.

Kevin said: “It was so nice to meet Joe, from the first minute as we struggled to unload the piece he was so approachable.

“We chatted for ages about ‘I used to love you’ which Joe found really interesting, funny yet strangely eerie. The perfect reaction.”

Kevin then discovered his fate via a video chat with Joe and has described his piece making the final 900 as “one of the most thrilling moments of my life, to finally have something I had created recognised by such renowned judges”.