China property stimulus to rescue copper demand, but not yet 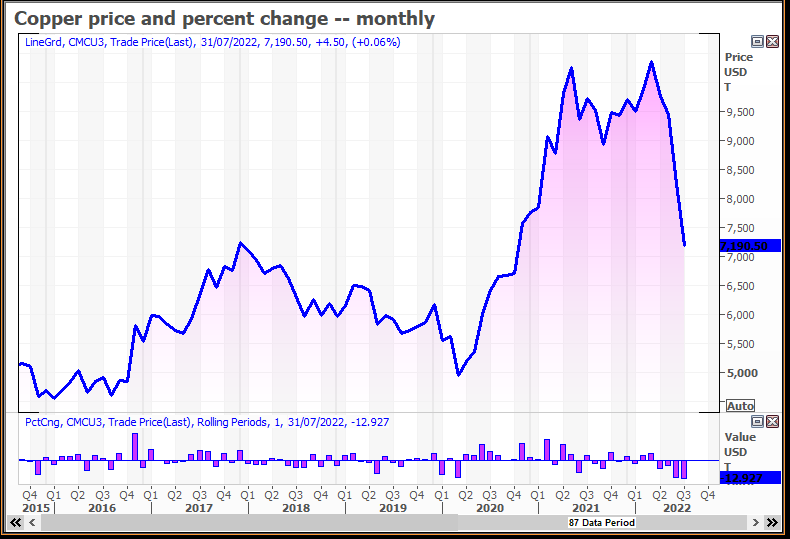 Further undermining copper and other industrial metals, barometers of manufacturing health, are interest rate hikes to rein in inflation which have hit economic growth in the United States, Europe, and Asia.

China’s overall exports are still climbing, up at the fastest pace in five months in June as factories revved up after covid restrictions were lifted and supply chain disruptions and port congestion eased.

But the global slowdown is expected to see a slide and trigger a stimulus that could match the 4 trillion yuan package implemented after the 2008 financial crash.

China’s cash-starved property sector accounts for a quarter of the economy.

“Easing so far is not large enough or commodity intensive enough to make you bullish on metals. The growth shock from the United States and Europe is when we will see China fire the big stimulus bullet,” said Citi analyst Max Layton.

“There probably aren’t enough infrastructure projects. They will have to target property, but it won’t happen in the next six months,” Layton said, adding that he expects the copper market to effectively be balanced this year.

The United States and Europe account for around 20-25% of the global copper demand, while China consumes about half of the global supplies, estimated at around 25 million tonnes this year.

Property connects to the power grid, which needs copper. When people buy property, they buy air conditioners, fridges, and washing machines, which all use copper.

“China has been using property to stimulate growth for 20-25 years.”

China’s plans to boost infrastructure investment were quickly shrugged off by metals markets because the amounts involved are small and it takes time for projects to be approved and started.

(By Pratima Desai and Siyi Liu; Editing by Ed Osmond)

Here are 2 high quality ETFs named as buys by analysts